Where can I find additional information?

The Commission has determined that extension cords (for indoor and outdoor use) that do not contain one or more applicable readily observable safety characteristics (minimum wire size; sufficient strain relief; proper polarization; proper continuity; outlet covers (for indoor cords); and jacketed cords (for outdoor cords) present a risk of electrical shock or fire and constitute a substantial product hazard.

The Commission’s determination has certain consequences described below. Notably, a product on the “substantial product hazard” list is subject to the mandatory reporting requirements of section 15(b) of the CPSA. 15 U.S.C. 2064(b).

Extension cords are defined as a length of factory-assembled flexible cord with an attachment plug or current tap as a line fitting and with a cord connector as a load fitting.

Extension cords (see figure 1) are used for extending the electricity supply of an electrical outlet or receptacle to a portable corded appliance or device, such as a toaster, a lamp, a television, or a leaf blower. The rule applies to extension cords that are equipped with National Electrical Manufacturer Association (“NEMA”) 1-15, 5-15 and 5-20 fittings (see figure 2), and that are intended for indoor use only, or for both indoor and outdoor use.  The Commission refers to cords intended for indoor use only as “indoor cords” and to cords intended for both indoor and outdoor use as “outdoor cords.”   The term “extension cord” does not include detachable power supply cords, appliance cords, power strips and taps, and adaptor cords supplied with outdoor tools and yard equipment (see figure 3).   (Extension cords have receptacles or outlets molded into the cord itself, whereas power strips and taps have flexible cord but receptacles or outlets are not molded into the cord itself.   Power strips and taps covered by a voluntary industry consensus, the Standard for Current Taps and Adapters, UL 498A) 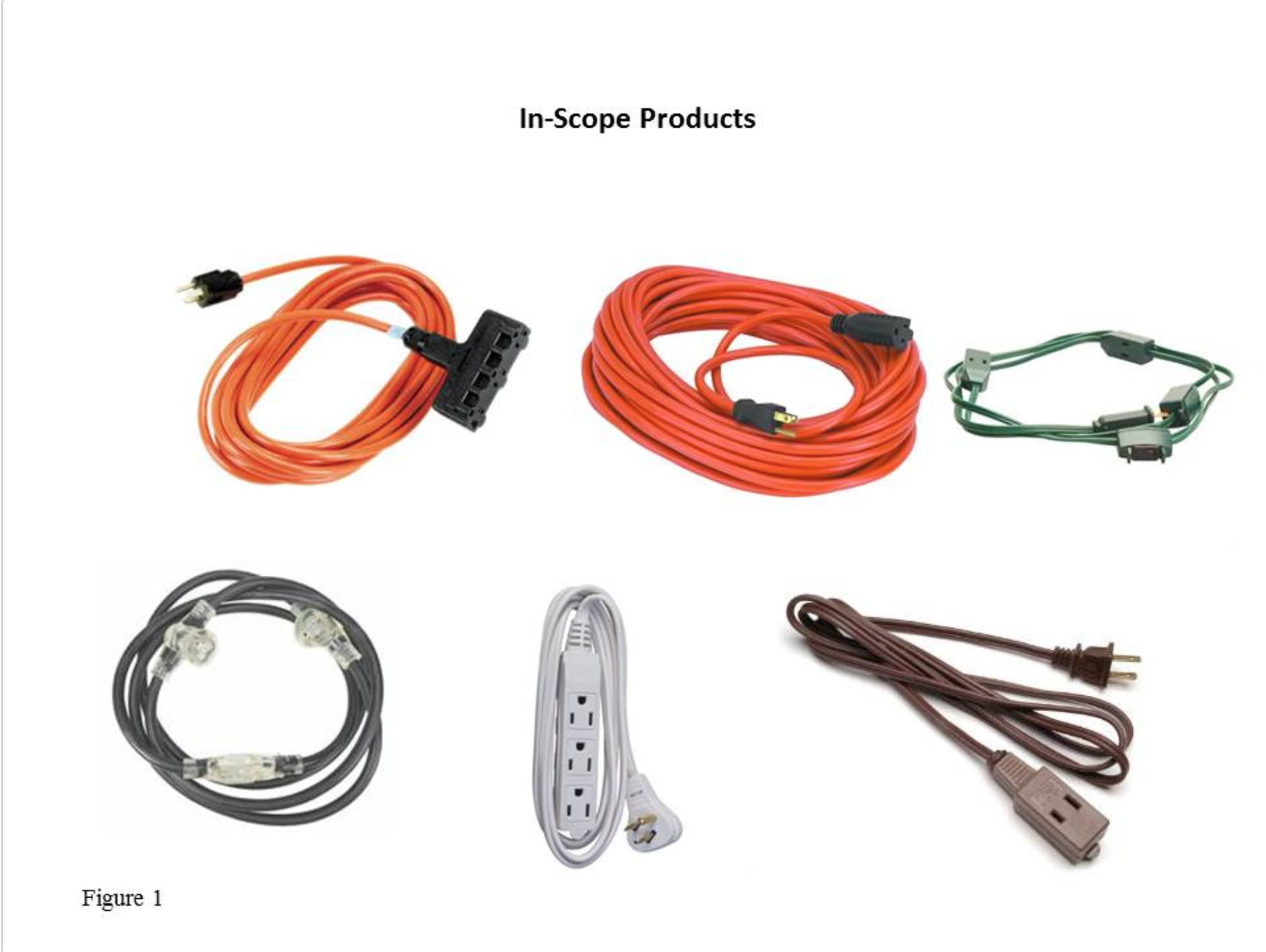 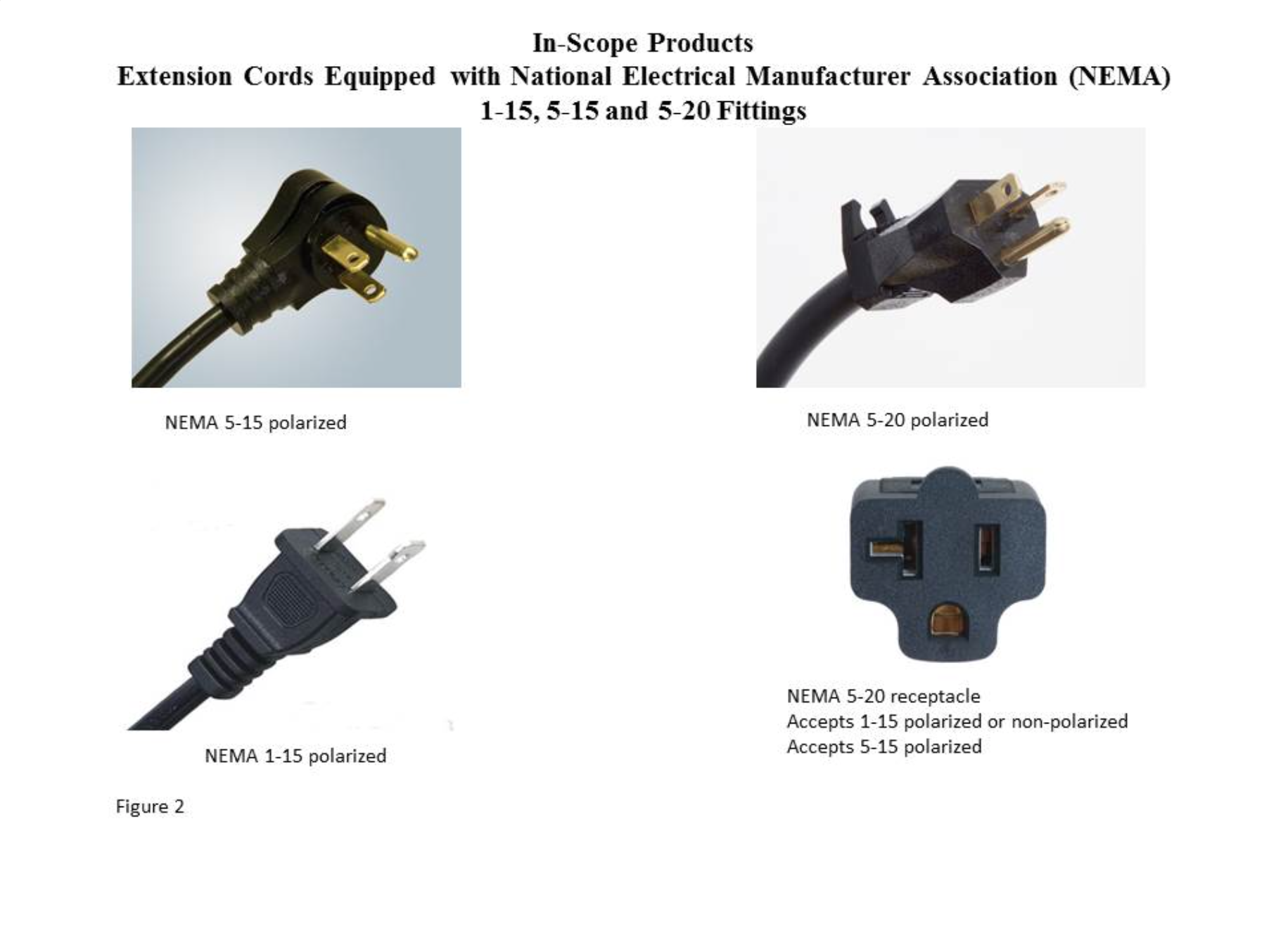 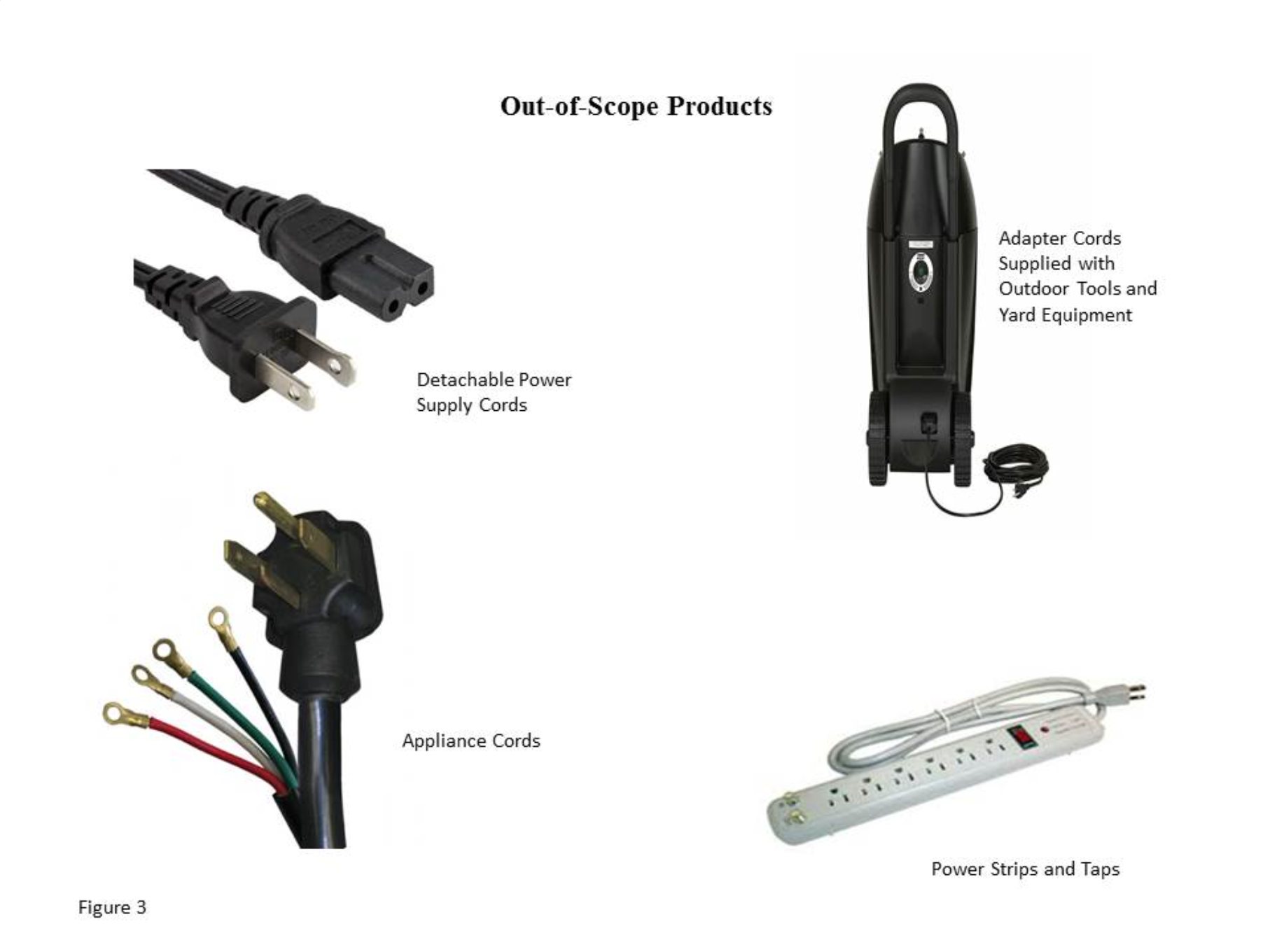 All products within the scope of the rule are covered by UL 817.

The following table provides a non-exhaustive list of examples of extension cords that fall within and outside the scope of the rule.

In general, sections 2, 9, 16, 19, 20, 21, 26, 30, 31, 32, 84, and 105 of UL 817 set forth the requirements for the readily observable characteristics specified in the rule: minimum wire size;  sufficient strain relief; proper polarization; proper continuity; outlet covers (for indoor cords); and jacketed cords (for outdoor cords).  The presence of these characteristics reduces the risk of electrical shock or fire.

What are the applicable readily observable safety characteristics? 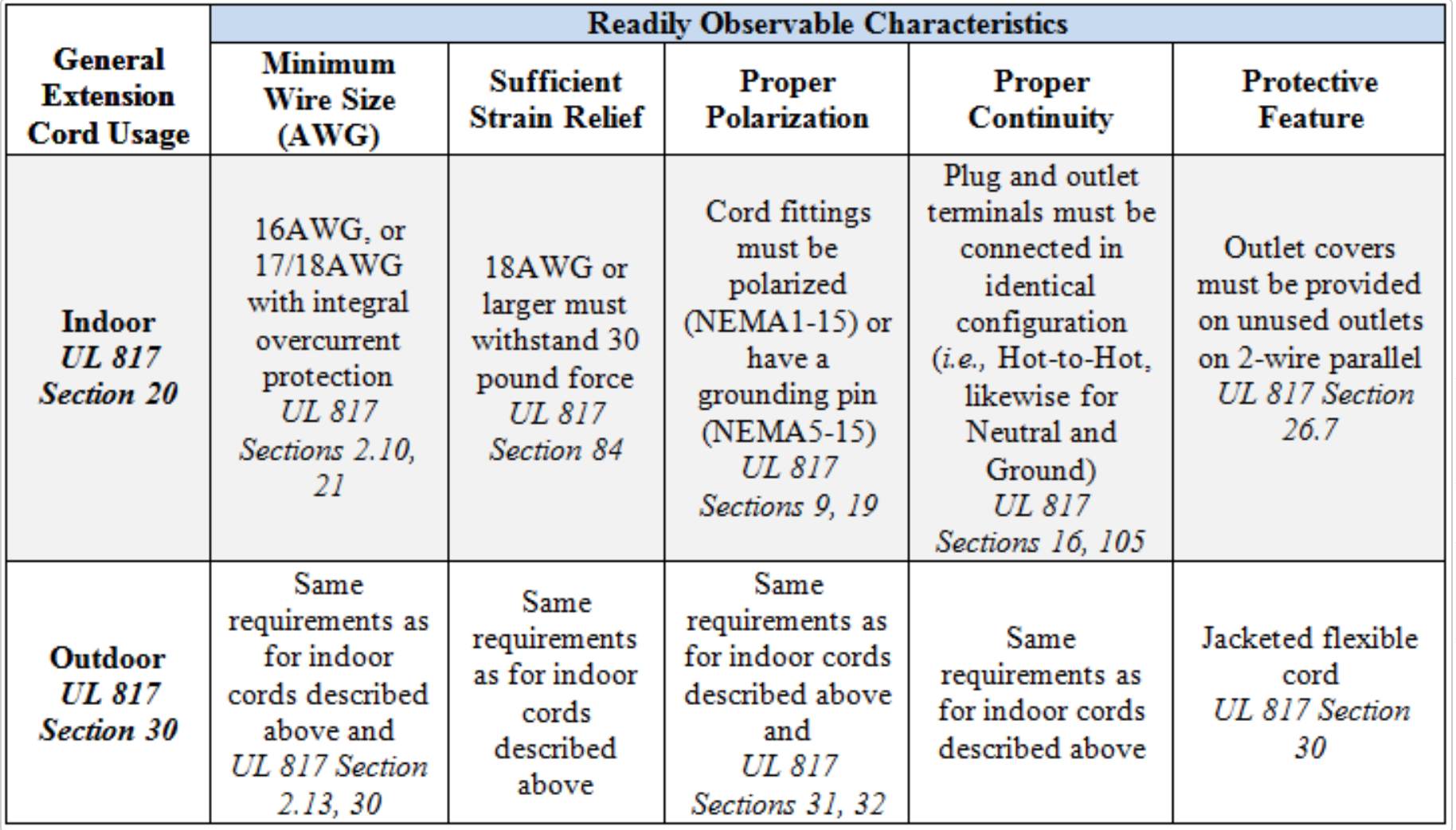 Where can I find additional information?

You are about to leave the U.S. Consumer Product Safety Commission (CPSC) public website.